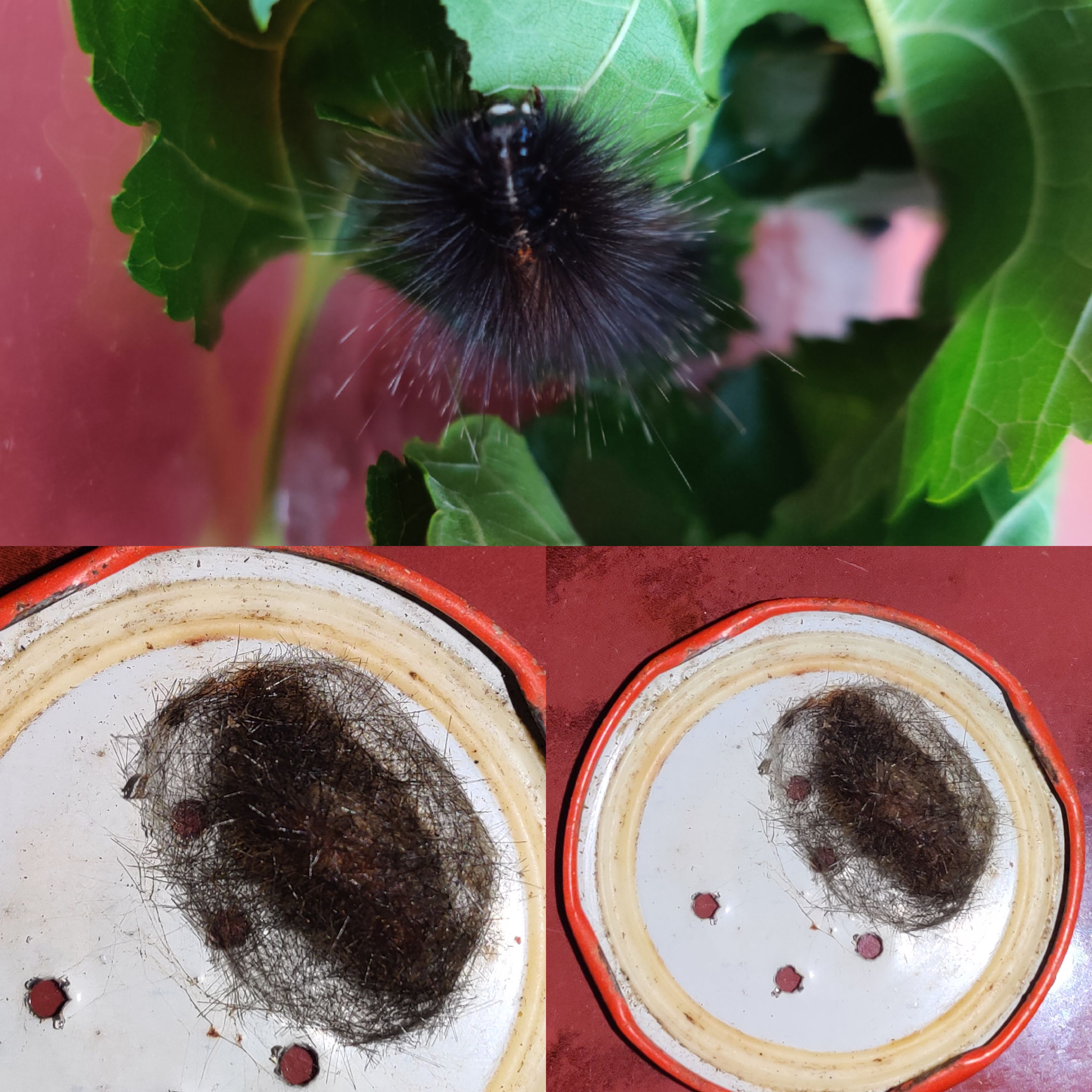 One afternoon while sitting idle at home after attending the online classes, my mom asked me to help her with gardening. And it is while doing this that I found a new way to keep myself engaged during the lockdown period.

As it was the month of May and there were light showers, my mom decided that it was a good time to repot her anthurium plants. It was decided that I would clean the pots and dad and brother would help with the soil mixture and mom would replant them. And so the process began. My whole family spent the following afternoons doing just this. It is on one such afternoon while cleaning a pot that I found a caterpillar on one of the pots. Mom suggested killing it as it would feed on the plants. But I didn’t want to. And while thinking an idea struck me and with that began the course of raising a caterpillar.

Looked all around the house and finally at a corner of the storeroom found a glass jar, ideal to keep my caterpillar in. But what will I feed it with?? Looking around, a Mulberry plant caught my eye. Caterpillars are selective eaters and will feast on only specific kinds of leaves but luckily mine was very pleased with the mulberry leaves. And then over a period of two days, I found two more caterpillars.

I spent the next several days researching about caterpillars, reading about them, watching videos, and attempting to recognize their kind. Unfortunately, I was unable to determine their exact kind. But during this process, I did discover a whole lot of new information about them. Like how the ones with dense hair usually become moths and the ones without hair grows in butterflies. Added to it I learned that caterpillars don’t drink water and eat a lot!!. Caterpillars eat twice as much as their body weights so I had to keep feeding them fresh leaves frequently. So it became a daily routine to feed them and to clean their jars.

Then after about 8-10 days, the caterpillars stopped eating. It bugged me, but it turned out that they had grown into their full length and weight and were forming themselves into a pupa. They have covered themselves with their hair and seem to be just resting while seeing from outside, but on the inside, they are constantly changing. They are undergoing the process of metamorphosis. It has been about 4 days since the pupa has been formed. Now I’m keenly waiting for them to become butterflies.

All this seems like experiencing the pages of our school science textbook practically.